Texas Hog Hunter - a great knife for hunting wild ham on the lam ...

Wild hogs are among the most destructive invasive species in the United States today. Two million to six million of the animals are wreaking havoc in at least 39 states and four Canadian provinces with half of the feral population running wild in Texas, where they do some $400 million in damages annually.

They tear up recreational areas, occasionally even terrorizing tourists in state and national parks, and squeeze out other wildlife.

Texas allows hunters to kill wild hogs year-round without limits since they are destructive and dangerous.


Wild hogs average 150 to 200 pounds as adults, although a few reach more than 400 pounds. Large wild boars are smart and very dangerous even after being shot, their tusks able to kill a man if they aren't careful.

Wild hog hunting has become a huge sport in Texas and the meat is delicious when processed correctly.

It may not always be duck, deer or dove season, but it's always hog season.


That's why I created the "Hog Hunter" a beautiful but necessary tool for the serious Texas hog hunter.

The blade is 7 inches long, and the handle is made of Bois de Arc (Osage Orange) wood that came from my client's ranch in Sherman, Texas.

This is one example of an order of 15.

It comes with a custom leather sheath bearing a wild Texas Hog.

Posted by Steve Douglass at 2:11 PM 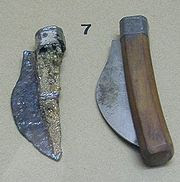 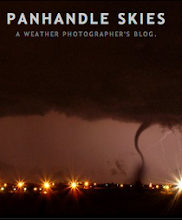